Looks more like a camper now and not the builders van it was ,we have got some decals to fit on the sides but will wait till spring to fit them.

All the windows have now been fitted and sealed ,they got a good test this week during the bad weather and showed a few little drips which have now been sorted .

This weekend we started to insulate the sides of the van and build the frames around the windows we used Rock wool to fill in the gaps and covered over this with bubble wrap hopefully this will create a warm van .
We have done almost both sides and need to trial fit the fridge so I can see where  the vents need to go .

Both sides are now insulated and a trial fit of the kitchen unit allowed us to work out where
the fridge vents needed to be cut out ,while we did the trial fit of the kitchen unit  we took the opportunity to fit the cushions and try out different layouts we think we have found the best way for us but this could all change !! .
We have now started to ply line the sides out we are using 6mm exterior ply sourced from the local builders merchants .
We  have also had a trip to Todds campervan showroom at Lostock hall to collect some bits and a look around their  stock they have for sale for some ideas ,there are some very nice vans in there just need to win the lottery . 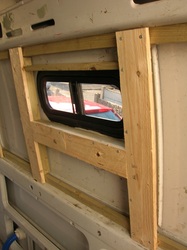 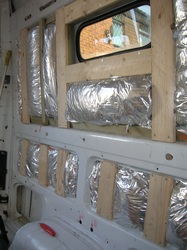 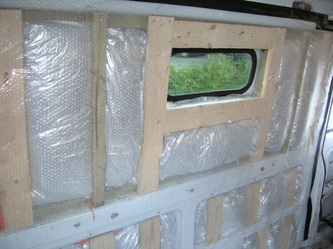 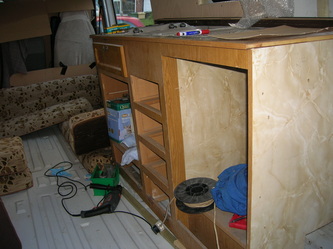 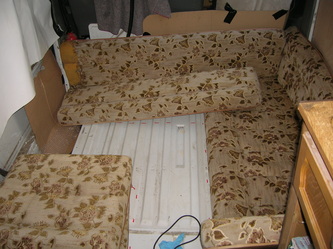 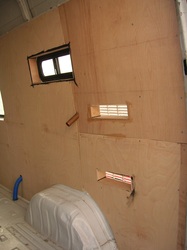 Its been a while since my last update mainly due to a few problems we have had with the DVLA ,it appears that someone had cloned our van which has caused one or two problems at the DVLA. A Visit from a PC Wilson from the Greater Manchester police regional vehicle crime unit to sort out which van was the right one was needed after checking our vans details he confirmed that ours was the correct one and that we could carry on with the conversion .

Dark nights and the cold haven't aided progress its bloody cold in there at night so work has been mainly been at weekends but it has been going quite well .

We had originally tried to use the original kitchen unit from the old caravan but as this had dried out it began to fall apart so we have made a new one copying the old unit we will cover this with plywood towards the end of the build .We decided to use the drawers in the middle which saved some time ,this has been trial fitted now with the fridge and fits like a dream. 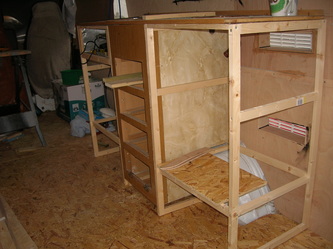 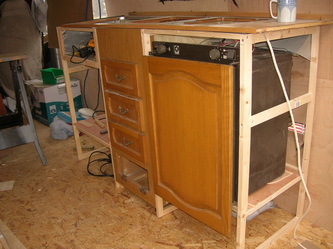 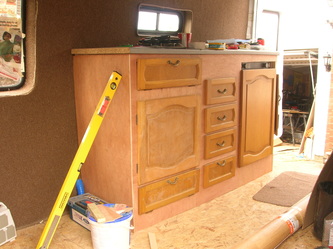 I have now made a rear step and this has been fitted it needs a few tweeks but should be ok when the bumper is fitted .
A dry weekend allowed us to fix all the roofing battens with sikaflex once this had dried we insulated the roof and fitted the vent to the Bathroom.
We used 6mm ply for the roof as its quite flexible and bends to the shape of the roof spars.
I have started to also work out were the bathroom wall is going to go and positions of the lights ,I will run the wiring in the roof for this later this week . 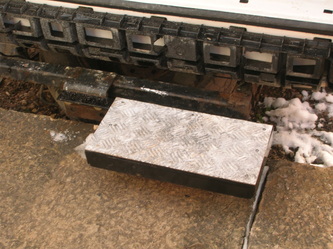 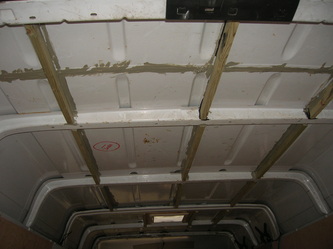 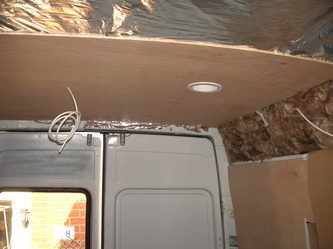 We have ordered some lights from a caravan shop off ebay they will eventually be converted to LED but for the time being will have low wattage bulbs fitted all the lights will be 12 volts and will be controlled with two switches in two zones .
These came next day and have now had the holes cut into the roof for them along with the wiring .
We started to carpet the roof so covered the complete roof panel in glue it wasn't the easiest thing to get to stick as the cold wasn't helping the glue go off, so  we ended up using some props to stop it falling back down these were left in till the glue tacked off . 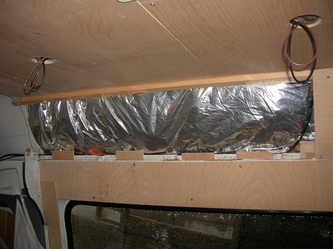 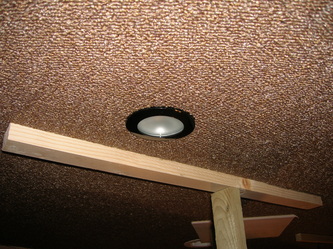 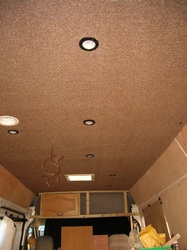 The carpet on the sides was done in the same way but we learnt from our previous mistake and waited till it was much warmer ,it went on miles better ,the wife made some trim to go on the edge of the carpet to finish the edge off it looks very nice now and has that new van smell .
I have also started to box in over the cab to make a locker above the drivers and passenger seat ,I measured the roof height from a chassis cabto give me some idea of head height needed .once the frame was made we used 6mm Ply for the base this has now been covered with carpet and a light will be fitted soon. The locker doors have now been fitted .

The kitchen unit is now finished and just needs a light sand before its stained ,we got a 28mm worktop from wickes this has now been fitted and the sink and cooker holes have been cut ,all the gas is now fitted and has been tested and checked for leaks ,we are using a 7kg bottle which has its own locker with vent at the rear of the van .all the mains and 12volt wiring for the fridge has been routed along with the water pipes and drain for the sink . I have wired the tap up to the in line water pump and its been tested works fine we even made a brew !!! 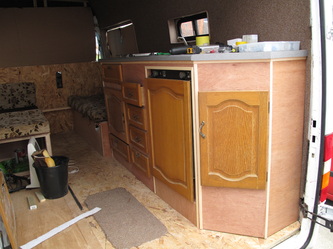 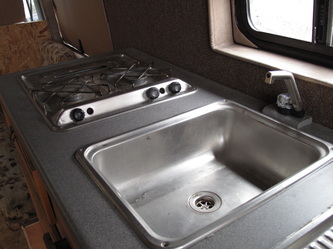 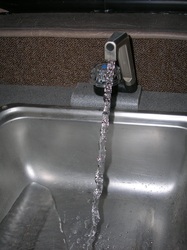 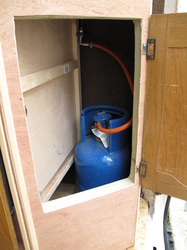 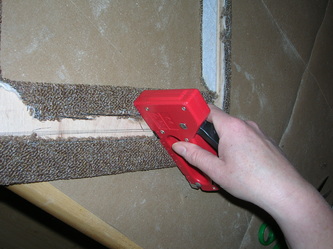 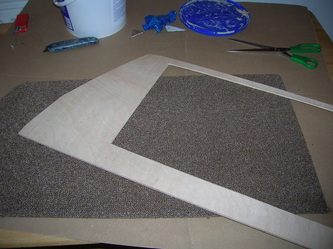 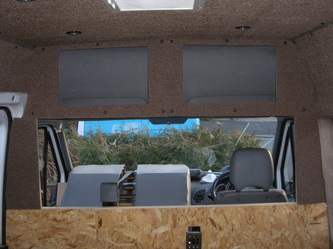 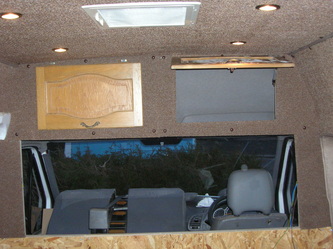