Well we eventually  got all those little jobs done the ones you keep putting off all the cab has had the covers fitted and the trim has been cleaned and polished we gave the seats another clean taking advantage of the hot weather to dry them.
We got the floor coverings fitted over the Easter break and all the curtains and cushions have been done ,I have eventually got round to sorting the reverse sensors not without a few problems mainly with the wiring from the old tow bar shorting out on the body every time I put the van into reverse. I decided to put a new  section to the rear light which sorted the problem .

We are now fully taxed insured and ready to roll our first trip out was on Sunday May 1st we drove up to Ribblehead Viaduct on the way we stopped  off at Helwith Bridge to have our first brew !! in the camper ,the trip gave us chance to check that all the electrics were working ,the split charge relay works a treat and the fridge worked great . Once we got to the Viaduct we headed towards Ingleton and then for  Arnside, our plan was have fish and chips on the front at Arnside unfortunately the chippy was packed out and they were queueing out of the door and down towards the road so we headed towards Carnforth.
We eventually found a chippy open at Morecambe so we  parked up on the front and watched the sun go down over the Cumbrian fells . 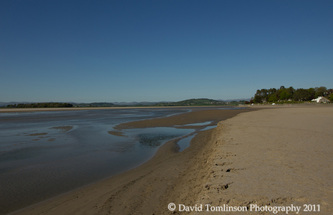 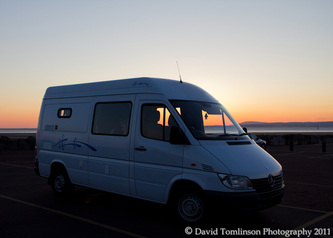 We have ironed out a few little problems now and  I have been experimenting with tyre pressures as I felt they were too high and seem to have found a happy medium, I also took the opportunity to give the van a once over and adjust the rear handbrake now its been run for a week since being stood much better it even hold now !!
. This weekend we went out for a run and decided to make our tea in the van  ,we stopped off at the East Lancs Railway then headed for Pendle hill where  we found a spot overlooking Clitheroe with views towards Longridge fell and in the distance Ingleborough what better way to have tea. 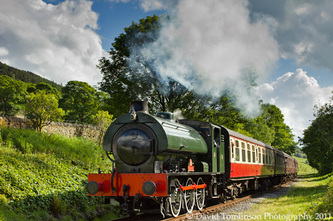 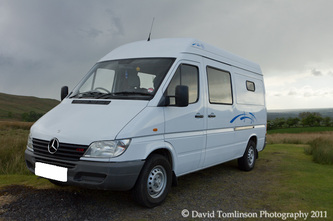 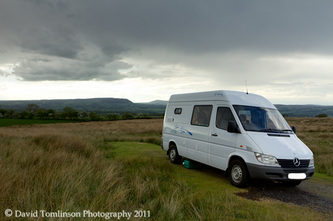 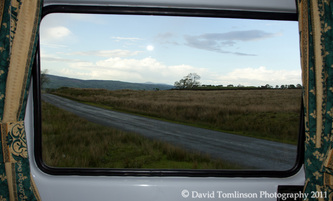 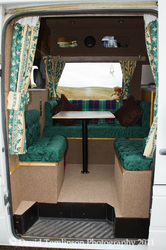 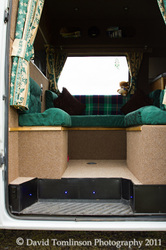 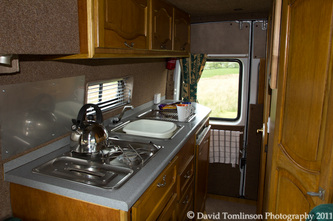 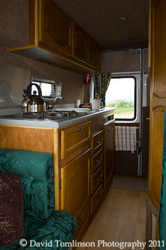 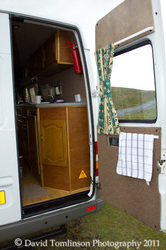 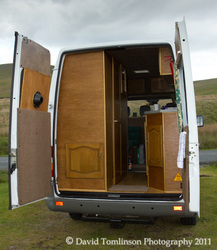 June 2011
We have submitted evidence required for the change of body type to the DVLA in early June along with good quality colour photographs showing the van inside and out ,we have now just received and updated V5 log book with the change of vehicle details to a Motor Caravan so we are now correctly registered so attract cheaper motor insurance and can now travel the same speeds as a car we wont get cheaper road fund licence as our van is pre 2001 .

We have had a few wild camping trips now and have sorted one or two problems which have shown up along the way but generally the van is great one or two mods are planned we have fitted two blinds to the large front windows mainly for more privacy when we are sat inside we have also raised the toilet and added a net curtain in the bathroom .