Well thought it was about time I did an update ,since putting the camper on the road we have done approx 3500 miles and have some cracking weekends away and spent a week in Northumbria were it rained most of the week! and a couple of weekends away at Haworth towards the end of the Season , we have also had one or two problems mainly concerning the Injectors which seems to have  been an ongoing problem since buying the van more on that later .

Now the season is over were looking at swapping the toilet as the Royal type Portable toilet we have as it keeps leaking from the fresh water tank and seals not very impressed with it and wouldn't recommend one to anyone . 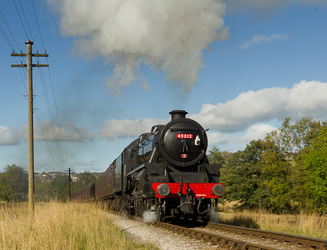 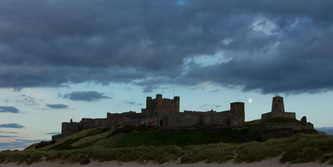 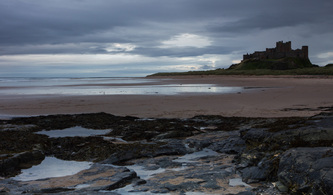 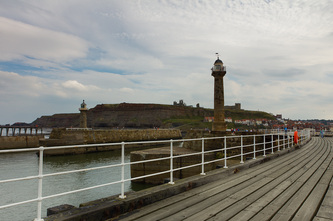 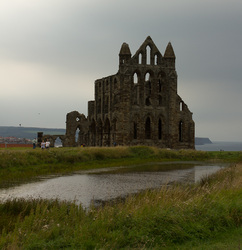 Since getting the van on the road we have found that waste water sometimes is a problem to get rid off and not being one to just drop it on the road I decided to look into fabricating a tank ,the cost of the custom tanks can be very expensive ,so I looked around for a cheaper option .

Our  waste water holding tank which has now been fitted under the floor basically consists of a 25 litre black plastic drum which used to store Antifreeze this fits very nice under the floor between the rear axle and chassis .
A couple of brackets have been made and some hooks to hang it from the chassis ,I have got the outlet lower to aid draining .which drains vis the screw cap.
The cap has been drilled to allow a 90 degree plastic bend to be fitted this then runs towards the side of the van were a tap is mounted just in front of the wheel arch ,the drains from the kitchen and bathroom sinks are then  routed to the container  a small vent has been made to allow air to escape .

When were out and about I close the tap and the container fills up ,I know its not a large waste water tank but its ample for our days out when your washing your pots or what ever .
When on site I open the tap and use or waste water bottle to catch the waste water ,all the bits cost next to nothing its amazing what you can find thats being thrown away .
( A couple of shots of the basic tank before pipework fitted to show general position ) 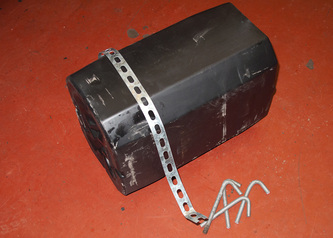 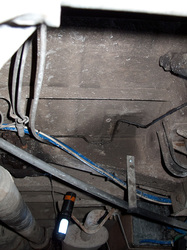 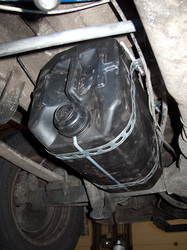 When we got the van I checked the usual sprinter things and they seemed to be fine on our van so most of our time was spent kitting the van out ,a good service before we hit the road and that was it.
Quite early on we started to have a smell of diesel and as I said earlier on in the website I had to repair the leak off pipe a few times ,all seemed fine then we toured around Northumberland for a week another strip down at Hexham for fuel leak then on the return back home we got the chuffing sound as we headed down sutton Bank I don't think the engine braking did it any favours I stopped to look and saw  Diesel was blowing out of number 4 from around the Injector looked like the seal had gone simple enough job so I thought .On arriving back home I dropped the wife off and said I will  take the van to work and have a look 500yrds from the garage bang the engine ran on 3 cylinders smoke and fuel came from under the bonnet No 4 injector had blown out of the head due to the threads being stripped in the head .
Anyone that knows about sprinters knows about black death its basically carbon building up into the rocker cover filling it with a hard oil and fuel mixture due to leaking injectors which if left will almost certainly rot the wiring and cause big problems its starts with a chuff and because the rocker cover has a fancy black cover over it you don't see what's going on under it .
This is what must have happened to the previous owner and the bodgits at his garage had stripped the threads out of the head trying to repair it .
After a few choice words that I cant write here I decided to drill it out to 8.3 mm and Helicoil it this worked a treat fitted a new seal and were were off again .

The following weekend  We set off  on a trip to the lakes ,the van drove fantastic no hint of things to come .
It wasn't till we set off back as we headed for the M6 that we hit problems the EDC light came on at around 65mph and we lost all power the van cut out and as luck would have it we managed to coast into a layby being an x AA patrolman I popped the bonnet to see if I could get it going with limited tools I got the manifold off and that stupid black cover ,no 3 injector plug had come adrift a few cable ties to secure it and it fired up ,smiles all round and the prospect of coming home on the back of a truck gone .
We hit the M6 heading for home but something was wrong the fuel gauge was falling like I'd got a hole in the tank and the back window was now covered in Diesel the fuel light came on so we pulled over that bloody leak off pipe had fractured again and emptied the fuel tank on the M6 !!!!! a  quick trim and some cable ties to secure it we set off home . later that week I repaired it using new leak off pipe and heavy duty clips ,the merc part for any one interested is £86 a bit steep for a rubber pipe .I managed to call in a few favours and it cost me some welding gas .

A few weekends away with no problems, so at the end of October we decided that we would renew all the injector seals as number 2 cylinder had started to leak .

To remove the injectors on the CDi engine you are going to probably need a pulley so I borrowed one from work 3 & 4 came out no problem and  I recut the seat and replaced the washer ,now no 2 was going to be more tricky as someone had previously broken a bolt off that clamped it down in the head and as I removed the bolt the thread came with it , It took quite some time to remove the remaining injectors and I ended up borrowing a large puller for number 1 which was fitted by stripping the top of the injector solenoid off so the slide hammer could be screwed on top ,it came out a treat and  with all the injectors out and seals fitted I set about sorting the damaged thread in number 2 ,I tried to fit a helicoil but as I worked the tap in and out of the head it must have picked up on a bit of the old bolt and it snapped clean off in the head .
Taps and drills are near impossible to drill out and due to the lack of space I will have to remove the head .