Its been a while since I last updated the site one or two things have changed since being put on the road ,we have decided to remove the double front seat and change this for a single one this gives us more room in the cab and has allowed us to remove part of the partition in the cab . When we first built the van it seemed a good idea but to be honest got to be a bit of a pain having to get out and go outside to come back inside to the living area especially if it was raining so one weekend we decided to remove the seat base and cut through  .

We have left a small box at the bottom for two reasons as we store the bed base in it and it keeps our cocker spaniel ruby out of the cab, we changed both seats and the floor mat as this is a different size  ,after removing the seat we removed the base this is just bolted down with around six bolts this then allows the complete base to be removed . The wiring to the leisure battery needed to be reworked and also the alarm needed to be moved, at this point  I also took the opportunity to make a new electric panel which has been mounted out of the way behind the curtain on the drivers side as the one from the old caravan kept giving us a few problems . 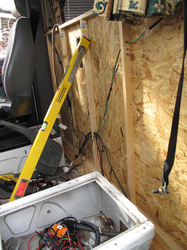 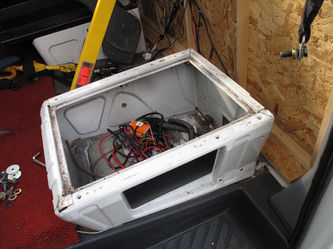 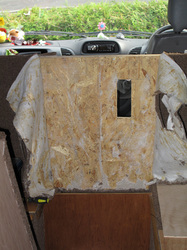 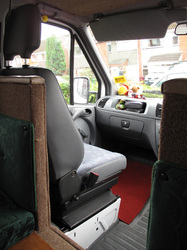 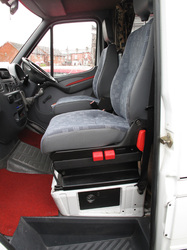 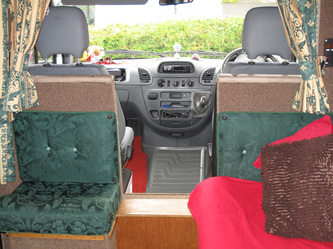 The conversion went well and didnt take as long as expected ,its surprising how much room it gives and is another place to store things when parked up .
I am looking to get two swivel bases at a later date but am not sure if this will cause a problem around the handbrake on the drivers side ,but its nice now not to get wet getting into the back when we are parked up.

Our next big job will be the fitting of a propex heater system so we can use the van more in the cooler months more on that soon ....